“I swear, I wasn’t thinking that!” 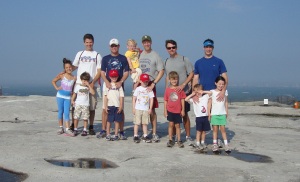 The inaugural experience of the Dads’ Bucket List – summit a mountain

When I graduated from SMU in 1992 economists said it was the worst year on record for college graduates to find jobs.  What can I say, I’ve got impeccable timing.

Fortunately, not too long after school was over I was able to land a job with American Express. It led to my move to Atlanta where I’ve lived since.

During my first year in the job, I attended a national meeting where the President of our division gave a presentation where he said in part, “We become what we think about most of the time.”

Contrary to popular belief about what young males think about every 7 seconds, I would not be pursuing a career path similar to Larry Flynt. 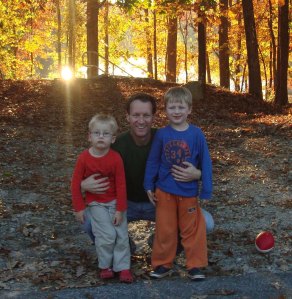 “We become what we think about most of the time”

But that line always stuck with me. “We become what we think about most of the time.”

About 13 years ago I decided to write a life to-do list. You know, a “Bucket List”. I spent some time with it, updated it, refined it. Then put it away and forgot about it.

I pulled that list out not too long ago and noticed a common theme. Many of the things I wanted to do I hoped to do with my son one day.

Some were grand, like trips to see great cities of the world.

Others were simple, like coaching his youth team or curling up on the couch to watch the Michigan State Spartans (I’ll explain my love affair with them another time).

One item that stood out (no, not the still unchecked one that says “have a beer with John Elway, Wayne Gretzky or Coach Izzo“) was “Leave a legacy”.

The Dads’ Bucket List concept has received a lot of positive, unsolicited feedback. People seem to understand the idea and want to either get themselves or their spouses and kids involved.

After a lot of careful thought and planning, an idea for taking the Dads’ Bucket List from a local group into something that has the potential to engage a lot more fathers and their children has taken root. 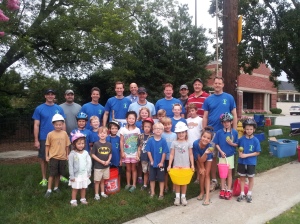 We’re going to take on the challenge of planning unique, large scale events for Dads and their kids to experience with the first taking place in early 2014.

These events will be beyond the ordinary outings and worthy of checking off people’s respective Bucket Lists.  You know, the types of things that men may think about doing, but would never plan for themselves (hey, we’re not strong planners. What? Just being honest).

Over the years, I’ve heard business and other thought leaders say, if you do what you’re passionate about the fruits of your labor will follow. We shall see.

So, getting back to my life to-do list or thinking about that line from the Amex exec, being a Dad and engaging other Dads is what I think about most of the time.

Husband and dad to two boys who's always trying to enjoy the humor and meaning in the journey of fatherhood. Check out how things are going at: http://dadsbucketlist.com In addition to these responsibilities I'm also an avid (some would say obsessive) sports fan, very amateur gardener, aging but still active runner, and an always willing to experience a new country traveler.
View all posts by Matt Boettcher - Dads' Bucket List →
This entry was posted in Experiences and tagged American Express, bucket list, John Elway, Michigan State Spartans, Tom Izzo, wayne gretzky. Bookmark the permalink.

6 Responses to “I swear, I wasn’t thinking that!”